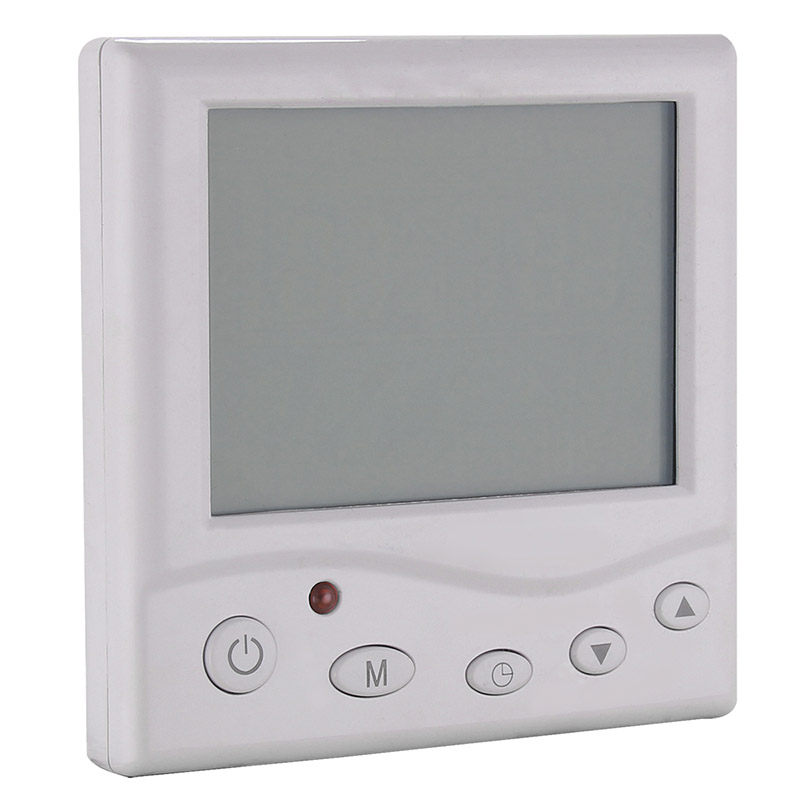 Thermostat works according to the manual-set

Programmed is circled weekly; for each week up to 6

weekday and temperature can be individually tailored to

Thermostat works according to the manual-set

temperature temporarily and then shifts back to clock-

controlled programmer until next event.